On the 15th of January, PCC hosted English Camp for the M2 students (8th graders). It was incredibly fun! We invited Brad (Fulbright ETA at Mae Lao Whittyahcom in Chiang Rai) and Caryn (Fulbright ETA at San Sai Whittyahcom in Chiang Mai). Therefore, in total there were six native speakers. My roommates and I brainstormed and helped organize the events and theme for the camp. Our theme: “English Around the World.” Each of the six groups was then paired up with an American teacher, a Thai English teacher, a color, and a continent (all but Antarctica…sorry to scientists living there who feel unrepresented). 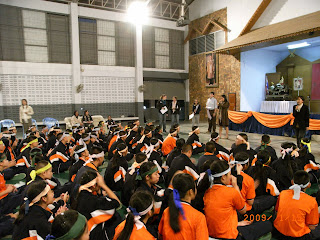 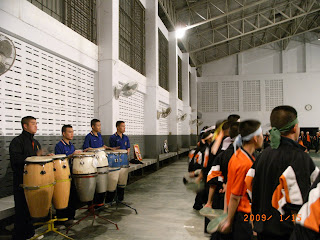 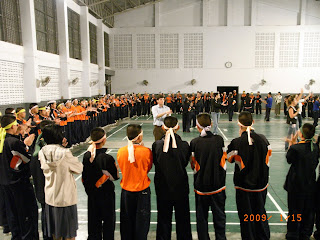 My group was green, represented the African continent, and assisted by P’Thuang (love her!). For orientation, I rocked the mic shouting and leading songs in English I had learned from past leadership camps in high school and college. Then, my group of 22 students was up-close and personally introduced to my hyped-up SOS personality. After two summers of being a member of the Student Orientation Staff at the University of Louisville, it felt nostalgic and refreshing to be in a similar role again. Each group, although I undoubtedly say my group was the best, created their own cheer, flag, and team-colored headbands. I helped my group create the Africa cheer based on inspiration from the movie Hook with Robin Williams –Rufio, Rufio, RU-FI-Oooooo! Our cheer, Africa, Africa, A-FRI-CAaaaaa! Sunuk (fun). 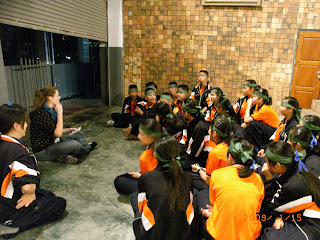 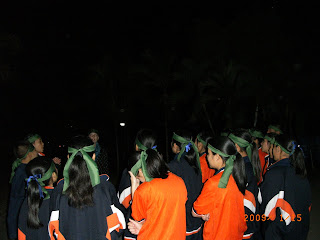 (photo: Africans unite!)
Day two of English Camp consisted of six stations (run by each of the Americans), a large scavenger hunt, and a trip to the night bazaar in the city. My station was called “Jungle Jams” and it required the students to write and perform songs about Africa set to instrumental music. It was an unexpected and excitingly successful station. The other stations included such activities as relay races, charades, obstacle courses, the Cha Cha slide (dancing), drawing, and speaking. The scavenger hunt, won by team Africa (go go green!), resulted in smiling and extremely sweaty faces. In fact, some of the students exerted so much energy running around campus for the scavenger hunt that they sweat through their headbands to the point where the permanent marker, displaying their American nicknames, was then hilariously displayed on to their foreheads. English Camp finished up on Saturday in the early afternoon with a production by all teams and a competition for Mr. & Ms. Universe. English Camp was a great success, agreed upon by all. 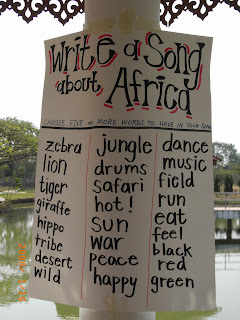 (photo: students included five or more of these words in their songs) 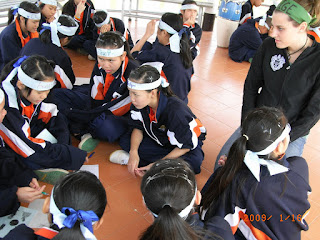 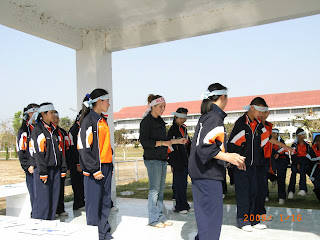 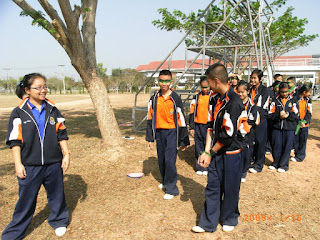 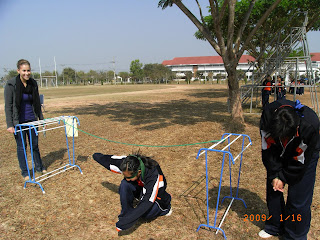 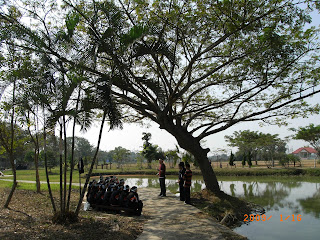 (photo: Charades with Brad)
If you are planning an English Camp near you, I would be happy to share some of the logistical materials and resources we used to organize our camp. I also have some audio files for songs. Just get in touch: paige.alumniambassador@fulbrightmail.org.  Also, don't forget to watch the video at the top of this post.


How To: Create a Succesful English Camp

Hi I am Daren,

I checked your post and your Blog is very interactive , so i want to put a link within the content for one of my client site that about Summer camp in
Europe , this will be the best option and recommendation to my client site .

what you say and how much you will be expectating for a link per year ?

Hi!
I just wanted to let you know I'm an American volunteering with WorldTeach and am in the midst of planning an English Camp. Your video was so helpful and I am really grateful for your posting!

Let's put away the stress, the hustle, the demands. How do we focus on here and now? Breathe in. Breathe out. Smile.