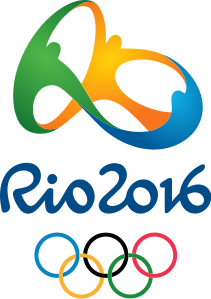 Mega-events —namely International Expositions, FIFA World Cups and Olympic Games —are increasingly seen as catalysts for both city place-making and global attraction. The use of mega-events for urban regeneration and economic development, aside from the 1992 Barcelona Games (coined as the “Barcelona Model”), has stirred increased criticism particularly in the last several decades. Not only have the scale and popularity of these events skyrocketed, but the public financial burden and complexity of risk have heightened. Some scholars question why such high volumes of public spending are committed to mega-events in places where a great percentage of the population is civically underserved, even of basic needs (Pillay & Bass, 2009); examples being the World Cup in South Africa and the Commonwealth Games in Delhi (Varrel & Kennedy, 2011).
On the other hand, mega-events lead to great expectations of economic development, sustained international investment and progressive urban transformation (Essex & Chalkley, 1998). However, are these merely expectations and not representative of reality? The literature, for the most part, points to fact that the less advanced the economy of a host city, the more financial burden that country will suffer. Despite this understanding, many countries continue to bid on mega-events with the intention of undertaking widespread urban transformation. The debate --as to whether this strategy is beneficial to growing nations-- is slanted to the negative, yet it is an on-going and dynamic debate that involves the intangible benefit of civic pride. Perhpas this is the reason why Noam Shoval questions the intention of London and New York, two world class cities, to bid for the 2012 Olympics (of course, London won this bid). Actually Shoval suggests that “In the case of those world cities, the emphasis appears more on strengthening their global status in an era of growing inter-urban competition and to finance large-scale planned construction projects in those cities” (2002). This is indicative of an international trend of using mega-events to finance large-scale development projects; redevelopment of old and young economies.
So, how do countries and cities pay for these events? The common go-to answer is public-private partnerships.  Although, some contend that even in pursuit of PPPs, there are too few cases where these provide sustainable funding solutions for mega-event development initiatives (Varrel and Kennedy, 2011). It is vital to remember that although mega-projects aim to stimulate medium to longterm private investment, these projects are typically a huge investment by the public sector.  Furthermore, inherently these projects are more expensive (and some would argue less innovative) in the run up to a mega-event than would otherwise be the case. Take South Africa for instance, in preparation for the 2010 World Cup. The country experienced a shortage of skilled labor, construction materials rapidly rose in price due to unprecedented demand (only to fall again after the World Cup), and the time crunch made overspending an inevitable reality (Pillay et al., 2009).

Time and time again, newspaper articles hail the potential economic windfall that a host city will benefit during the bidding process for a mega-event. Time and time again —almost predictably so —the ‘windfall’ will have been highly overestimated, and although some industries may benefit (namely tourism), these benefits are significantly short-lived and the ‘multiplier effects’ intended to boost the economy in its entirety are rarely realized. In the same light, mega-events are seen by local businesses as a catalyst of economic ingenuity and growth; so whether outcomes merit the expectation or not, the mega-event acts as a catalyst to hope.

There are lessons to be gleaned from these trends. First of all, the onslaught of public pride surrounding most of these events is undeniable. The most successful cities have done well to capture this intangible benefit and momentum of civic pride. In 1994 leading up to the Sydney bid for the 2000 Olympics, New South Wales Premier, Nick Gieiner called a meeting of top media executives and asked for favoritism over sensationalism in their coverage of the bid, before even considering such a commitment of tax-payers funds. This wielded the “creation of a community of interest” that successfully spread positive feelings about the Games, which are claimed to have fueled private investments and the subsequent success of development projects and a successful Olympics (Varrel & Kennedy, 2011).

A host city should help amplify ambition of local entrepreneurs who are optimistic about possibilities a mega-event might bring to their businesses. Cities should solicit from within and give local business owners a stake in re-forming streets, in funding new real estate, and in re-thinking their roles in their surrounding communities. In fact, the microeconomic decisions of mega-event planning can shape future generations and may be more important in some cases than the 16 day event itself (or however many days).

Finally, in terms of financial interests, governments must work smarter to gain private partnerships. To strengthen private sector responsibility, overly concessionary projects should be avoided.  Developers should not need heavy subsidy to consider investing in a time period of rapid growth for the city.  The partnership should be a win-win.  Rather, “performance-based projects” should be the focus (Flyvberg et al. 2003). During a period of great opportunity, smart decisions must be made; for the common tax payer is most at risk otherwise. Free handouts of public money should not be the answer. In 2007, Brazil’s federal government with the State and City of Rio de Janeiro spent a whopping $1.12 billion to host Pan American Games. Of the City’s expenditures, US$606 million, nearly 11% of those expenses where spent on two (2) public-private partnerships which rounded out to nearly the same amount spent on ‘urban infrastructure’ (15.8%). These expenditures did not represent private investment, they signified that PPPs appear to have cost the municipality an unfavorable proportion of the city’s total expenses in return for an extremely limited private investment in the future of Rio (Acioly Jr., 2001). Imagine that for a tiny fraction of the investment in these two mega PPPs, city management could claim partnership with dozens of local entreprenuers who expanded their business, invested in street cleanups, built new housing, started a community group, and invested in a stadium project (as micro investors).

Beyond the negative aspects, there are lessons to be learned. Despite the most adamant critics, athletic events have a natural capacity to stimulate civic pride. And, the legacies that mega-events leave behind are far greater than the event that takes place (Hall, 2006). “A stadium filled with thousands (joined by thousands more at home before the TV) screaming for Cleveland or Baltimore (or whatever) is a scene difficult to fashion otherwise. This enthusiasm can be drawn upon...in order to gain general acceptance for local growth-oriented programs” (Molotch, 1976). As a final remark, let the lessons of past events help cities draw upon the enthusiasm of today to attract local investment, civic participation and purposeful planning for generations to come.

Let's put away the stress, the hustle, the demands. How do we focus on here and now? Breathe in. Breathe out. Smile.